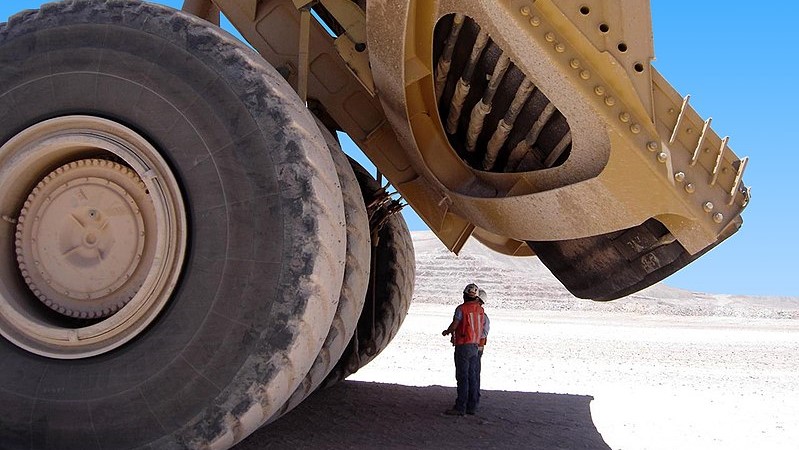 Mining giant BHP Group has joined rival Rio Tinto Group in signaling more turbulence to come for commodities producers as costs balloon and demand for everything from iron ore to copper hits headwinds.

While profitability is still strong, both miners “are trying to prepare the market in case we see a significant slowdown in Chinese demand,” Gavin Wendt, a senior resource analyst at MineLife Pty said by phone. “The tougher conditions are coming at a time when prices they’re receiving from commodities are easing, putting pressure on margins.”

Commodities prices have slumped in recent months as demand wavers in China and forecasts multiply for recessions across developed economies. Iron ore, the biggest earner for both companies, plunged below $100 a ton last week as China tackled fresh turmoil in its beleaguered property market, including a wave of homebuyer boycotts of mortgage payments.

At the same time, miners face rising costs. “We expect the lag effect of inflationary pressures to continue through the 2023 financial year, along with labor market tightness and supply chain constraints,” BHP’s Chief Executive Officer Mike Henry said in the statement.

Stimulus measures in China would boost growth there over the coming year, Henry said. Asia’s biggest economy grew by only 0.4% last quarter, and there’s uncertainty over when government steps to shore up the economy will take effect. Rio has described the headwinds in China as “considerable.”

BHP’s shipments of the steel-making material from Western Australia’s Pilbara region reached 72.8 million tons in the three months ended June 30, down 1.2% from a year earlier and up 8.5% from the previous quarter, which was impacted by Covid-19 disruptions. That compares with a median estimate from three analysts of 73.1 million tons. Rio last week announced a 5% increase in its quarterly iron ore shipments.

Vale, which vies with BHP for the No. 2 spot behind Rio in iron ore output, churned out 74.1 million tons of the steelmaking ingredient last quarter, missing estimates. The Brazilian mining giant also sounded the alarm as it cut its iron ore output guidance for 2022 to 310-320 million tons of iron ore, from a previous forecast of 320-335 million tons.

The Rio de Janeiro-based company is seeking greater flexibility in production “due to current market conditions,” it said Tuesday. Vale is sticking to its “value over volume” strategy, which focuses on margin maximization.

“There’s definitely been more uncertainty seen in some time and that’s been reflected in the outlook” provided by BHP and Rio, said David Radclyffe, senior mining analyst at Global Mining Research Pty Ltd. Still, he added “their balance sheets have never been so good; they’re well-placed” to weather the downturn.

BHP is due to report its earnings for the period on Aug. 16. On Tuesday it forecast iron ore output from its Western Australian operations for the year started July 1 of between 246 million tons and 256 million tons, after it reached 253 million tons in the 12 months just completed.

A Thunder Bay waterfront location is the “preferred” spot for a permanent home for Science North’s expansion into northwestern Ontario. In a news release, the Sudbury-based science centre announced that the…

Barrick Gold Corp reported a nearly 19% rise in second-quarter profit on Monday, beating analysts’ expectations thanks to higher copper output, even as inflation drove the miner’s cost of production up.…

Ontario's new mines minister has a strong pedigree in mining

George Pirie, Ontario’s new minister of mines, comes from a Northern Ontario family that has been part of the Porcupine mining camp for more than 100 years. Although Pirie is…

The cost to finish IAMGOLD’s troubled Côté gold mine project will be close to $2 billion. The Toronto gold company released a project update on the Gogama-area open-pit development project in the…