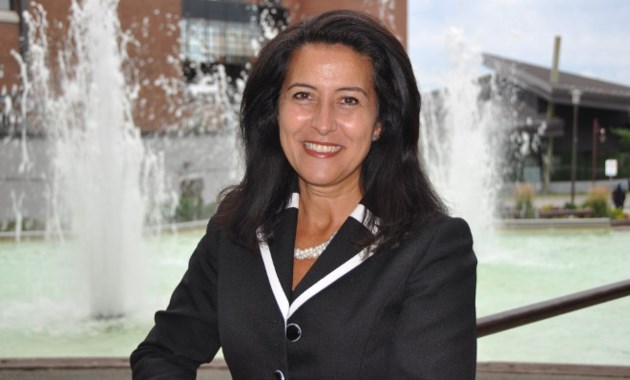 Paula Gouveia joins Cambrian College’s administration as the new vice-president academic after nearly a decade as dean of the School of Liberal Arts and Sciences since 2009.

Paula Gouveia was welcomed as the new vice-president academic and joins Cambrian from Humber College in Toronto, where she has served as dean of the School of Liberal Arts and Sciences since 2009.

“We are very proud and fortunate to have Dr. Gouveia as part of the Cambrian family,” said Bill Best, president of Cambrian. “With more than two decades of experience, and with her leadership, wisdom and guidance, Cambrian is in for a strong and robust future as we move forward as an academic leader and the go-to destination for students in Northern Ontario.”

Fluent in four languages, Gouveia began her postsecondary career as a professor in Seneca College’s School of General Education, followed by roles as program coordinator and then chair of the School of English and Liberal Studies. She completed her PhD at the University of Toronto in 2013 and Teachers of English as a Second Language Canada certification in 2014.

During her time at Humber, Gouveia was the recipient of a number of innovation awards, and was recently recognized with the OCASA Distinguished Administrator Award for her contributions to the Ontario college system.

“I am very excited to be part of the dynamic leadership team at Cambrian,” said Gouveia. “I’m looking forward to being part of the change and growth that Cambrian is experiencing, and working with faculty and staff to ensure that we are a college of choice for students.”

Gogama gold project will be good for Sudbury, northeast: IAMGOLD