Honoured for networking event at the Prospectors and Developers conference in March: Sudbury.com Staff 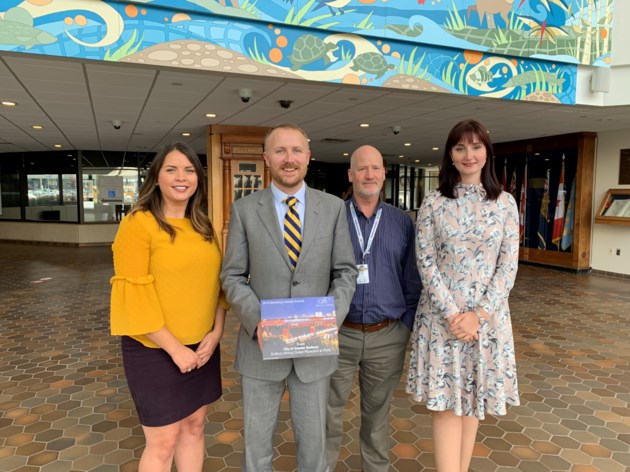 Greater Sudbury has received a national recognition for its efforts in marketing the local mining supply and services cluster.

In a news release, the city said the cluster is “a centre of international excellence consisting of the largest integrated mining complex in the world and more than 300 mining supply firms.”

The award comes from the Economic Developers Association of Canada (EDAC), which presented the city’s economic development team with a Marketing Canada Award on Sept. 22, “in recognition of the exceptional quality and success of its mining cluster reception,” the release said.

The award-winning reception took place March 5 at the Fairmont Royal York Hotel in Toronto. A partnership of 22 local mining and service companies and organizations joined the city in hosting the event. In total, about 90 local mining supply and service companies participated as exhibitors to 400 delegates at the reception, including MPs, MPPs, cabinet ministers, ambassadors, First Nations chiefs and mining executives from around the world, the release said.

“The Sudbury mining cluster reception at PDAC is our opportunity to showcase Greater Sudbury and all it has to offer to global mining influencers, and we are so proud it’s grown into one of the can’t-miss events of the PDAC conference,” Meredith Armstrong, the city’s acting director of economic development is quoted as saying.

A total of 10 delegations from around the world will have visited Greater Sudbury this year, including a delegation from Colombia arriving this October.