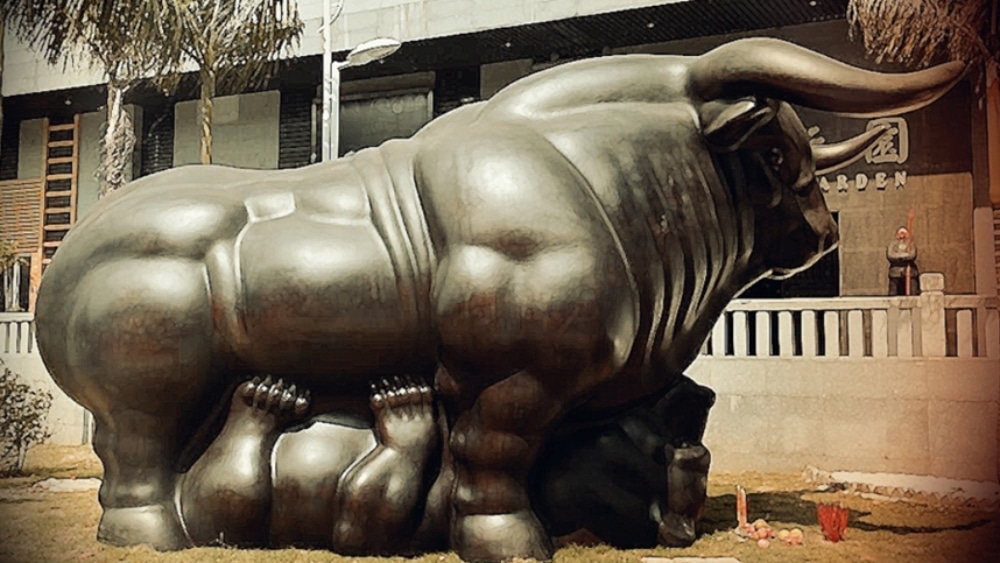 Commodity prices are always volatile, but in 2022 metal and mining markets reached new levels of turbulence, as the pandemic played out in China, inflation plagued the developed world and the Ukraine war upended global energy.

Copper ended the year more than 20% below the all-time record hit in March, the gold market’s highs and lows during the year were more than $400 apart, lithium prices  continued their exponential run, tin prices collapsed, against all odds coal prices surged to never-seen levels, potash advanced to 14-year peaks, uranium enjoyed the best market since Fukushima and nickel made good on its reputation as the devil’s metal.

The MINING.COM TOP 50* ranking of the world’s most valuable miners added $165 billion over the course of the fourth quarter erasing steep losses suffered since their March highs.

Collectively, the world’s biggest mining companies are now worth $1.39 trillion, just a shade below the combined market cap at the end of 2021. That compares to a 9% drop in the Dow Jones Industrial Average and a nearly 20% decline in the S&P500.

The year started with a big bang and measured from individual stocks’ 52-week highs – almost all hit in March/April – the top 50 has shrunk by more than $1 trillion. It’s a precipitous decline but compared to other sectors, notably big tech, much of those losses were recouped by the end of the year.

Market cap declines on the LSE, ASX, TSX and elsewhere were compounded by a soaring dollar against all major currencies.

For instance BHP, which flirted with a $200 billion market cap in April and briefly displaced oil giant Shell as the most valuable stock on the FTSE in a symbolic changing of the guard, is now worth nearly $50 billion less in US dollar terms.

That compares to a 23% share price gain over 2022 in Sydney for the world’s number one mining company, as Australian investors sought out currency hedges.

After spending time outside the top 10 in 2021 Glencore’s position at no. 3 at a valuation of $86 billion now seems secure after a stunning 68% gain on the LSE and a 28% jump in USD terms.

The Swiss giant is benefitting from a strategy not to ditch coal like its peers – despite growing pressure – and a trading arm making the most of sky high prices for energy.

Vancouver’s Teck Resources, thanks to its exposure to Canadian oil sands and coal, made it onto the best performer list, joining Chinese heavyweights Shaanxi Coal up over 40% and Yanzhou Coal up a third in value this year in dollar terms despite the weak renminbi.

Coal India, the world’s number one producer of steam coal, is also enjoying a bull market, up over 38% in 2022.

A 150% jump in global average lithium prices in 2022 and record prices for spodumene saw the combined worth of the five lithium companies in the top 50 jump to just shy of $100 billion, despite Pilbara Minerals being pushed out of the ranking.

Lithium producers’ representation in the ranking is likely to grow, with Pilbara Minerals now sitting just outside the top 50 and peers IGO and Allkem also within reach. With such a wide field in Australia and elsewhere, the lithium industry is also ripe for consolidation, particularly with today’s lithium prices moderate and demand continues to expand rapidly over the coming years as expected.

SQM, the world’s number two producer of the battery raw material gained 10 spots and 60% in value last year. Santiago-based SQM is the second best performer after Saudi Arabia’s Ma’aden, a rapidly growing precious and base metal miner and a beneficiary of the kingdom’s push to diversify its economy.

A superstrong lithium market was not enough to save China’s Ganfeng and Tianqi from steep losses in 2022 as Hong Kong, Shanghai and Shenzhen markets remain in turmoil amid a rapidly changing covid environment and warnings about the economic prospects world’s top consumer of commodities.

Despite coal keeping Shaanxi and Yanzhou deep in the black, underperforming base metal producers Zijin, China Moly and Jiangxi Copper and weakness in electric vehicle raw material producers China Northern Rare Earth and Huayou Cobalt meant that the combined value of Chinese companies in the ranking shrunk by $47 billion over the course of the year.

At $184 billion, the value of the 10 Chinese companies in the top 50 dipped below that of US and Canadian entrants for the first time in years.

With few listed candidates that could join the top tier at the moment (JDC Moly sits at position 61 and Zhaojin at 71), some M&A and IPOs may be needed to see the country regain its dominance.

While trading on Western markets in Russian stocks have been halted, the country’s miners, much like the rouble and the Moscow Stock Exchange, have defied gravity. But neither have they been able to capitalise on strong nickel, PGM and gold prices.

Norilsk Nickel, thanks to captive investors on the MCX, is still worth north of $30 billion but its relative weakness to its peers saw it drop out of the top 10 for the first time. The PGM, nickel and copper producer had been the fifth most valuable company at end-June.

Diamond giant Alrosa drops out of the top 50 after falling 16 places during the final quarter while Polymetal appears unlikely to make a return to the top 50 after a dismal year which saw units of the gold miner trading in London sink  77% over the past year.

A $8 billion decline in market cap over the year places Polyus at number 29 with a valuation of $14.8 billion. The Moscow-headquartered company, which is approaching 3 million ounces of annual output and enjoys the world’s largest gold reserves was knocking at the door of the top 10 as recently as 2020.